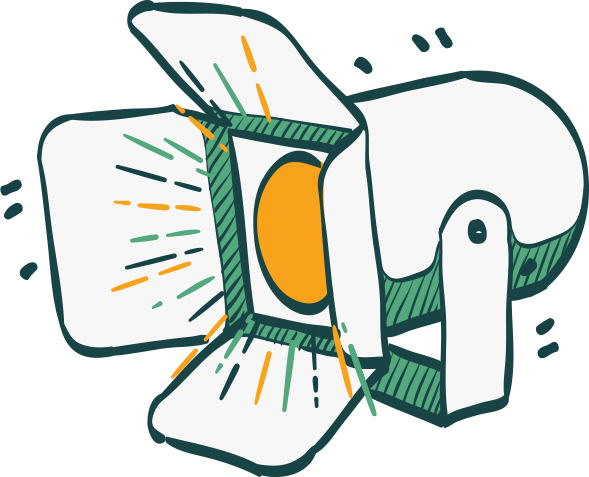 The greatest art is derived from a sense of community: that’s what Artlink Hull believe. Communities are a multitude; they encompass voices that draw from local influences and far-reaching cultures, where the perspective of the disadvantaged is worth its artistic weight in gold just as much as any other. We spoke to Kenn Taylor, the Creative Director of Artlink Hull about the rewards and challenges faced by an organisation whose purpose is to diversify these voices, to both enhance creative expression, and enrich Hull’s artistic output.

“Hull definitely has an amazing art scene.” Kenn Taylor wants to make clear. “I’m not local – I’m originally from Merseyside – but I’ve worked in places as far as London, Leeds and Bradford. I came to Hull because it had a vibrant scene. It’s a smaller city than most, and it’s cut off, through no fault of its own. That’s the challenge the city faces, it’s an uphill struggle. There isn’t a big media presence here; there isn’t always the attention and resources placed where it should be.

“What Hull needs is external investment; it needs support from the government in a number of ways. Getting people to realise what amazing stuff is going on here, and what Hull can teach other places – because it can – is a challenge. The other challenge we have is that we are a small organisation: all of the culture organisations are relatively small in Hull – even the big ones. There’s a lot of demand. We want to create the diversity of voices in the arts. That’s our mission. There is a lot of talent here, there is a lot to be said and explored, and there isn’t always the capacity to do that which is a constant challenge.”

Artlink have been making leaps and bounds towards achieving their aims. “One thing that we do run is the Disability Arts Network,” Taylor tells us, “which sounds very grand, but it’s an open forum and a communications portal which we’ve only really been developing for a year. We meet every couple of months to discuss matters concerning disability’s relation to the arts. It’s open to anyone. You might be an artist with a disability wanting to push your work; you might be an arts fan; you might be an organisation that wants to become more accessible for those with disabilities and get feedback. We get some good dialogue going. We’ve recently started a newsletter and Facebook group so people can share events for disabled artists and communicate opportunities. It’s very lo-fi at the moment and we don’t have any power to change that. But a lot of organisations want to be more accessible for people with disabilities but they don’t really know how. We’re a conduit for that. We want to start a conversation about it.”

With the Disability Arts Network still in a latent stage, Taylor acknowledges there’s a long way to go to get to where they want to be: “We have a few things planned. We want to do longer-term projects, more in-depth projects with people over a period of time. Big projects are good in terms of scale, but for us, time is the important thing. We want to see people grow and develop. We’re chipping away at that. As ever, we want to continue fundraising to support what we do. But we are building links, recalibrating after the City of Culture. It was an amazing event which had a great effect, but now we need to shift our focus onto the long-term.” Striving to make the arts more accessible is not only a concern of Artlink’s – not even exclusively a concern for Hull – but something the nation as a whole needs to address. “The systems that exist don’t cater to people with disabilities.” Taylor says. “Funding for them has proven to be difficult to access. However, if you do speak to the Arts Council and say you are disabled, you can get extra help – sometimes you have to push, but they are working harder. We have to give them some credit.”

As Taylor alluded to earlier on, there has been a growing interest from venues and organisations to adapt their buildings to accommodate the needs of those with disabilities. Though he concedes that a rising number of buildings are becoming more accessible, “there needs to be more work co-developing ideas with people with disabilities.” He says. “Often, people will spend a lot of money on this because a contractor or architect will tell them that’s what they need. Sometimes they spend the money and when it’s finally built it isn’t functional or effective for those who need it. That’s why it has to be done in engagement with people with different disabilities. Everyone has individual needs, and you can’t necessarily cater to everyone, but you can work with people to ensure that there are really good standards. Things are improving, but more needs to be done; the way to do that is through communication. For every city in general, we need to be more collaborative and talk to each other more and listen.”

Creative minds vie for the position of Creative Director. Having such a highly coveted role, how did Kent Taylor, from a working-class background in Liverpool, get to where he is today? “Art and culture weren’t something that was readily available where I grew up.” Taylor tells us. “It was a very depressed place in the late 80s and 90s when I was a young person. Regardless, I managed to get into the arts and culture like a lot of people through the likes of NME, pop music, stuff like that. I really wanted to be a part of that, and it felt really impossible for a long time. I dealt with mental health challenges in my life as well, which made it even harder. After that, in a slightly different era to the one we live in now, I went to work for while and then went to university – which was free, because of my economic status. I got some grants, support for being dyslexic, and was able to access mental health support. I was able to get an entry level job in the arts when there was more funding around, and at that point I decided I really wanted to work in a field which would inspire change for those facing challenges to be heard and be part of the world of the arts. That’s what has always driven me. I’ve worked in many different settings: I’ve worked in media, museums, visual arts – which is what I’m most passionate about.”

When asked about what the greatest aspect of his work is, Taylor replies, without pause for thought, “Knowing I get to make a change for people. It is hard, and it does require us to constantly fundraise to operate on the level that we do, but we know we’re doing good work. When things do work, it really is exhilarating.”

Looking back on his career so far, what career highlights will Kenn look back on and think ‘Wow, I can’t believe I did that’? “I’m prompted to think about projects we’re working on at the moment which are just starting to develop. We’re doing a really interesting project with artists who are working on Spring Bank, one of the most interesting streets in Hull, which is really exciting. We also did a residency with the artist Jason Wilsher-Mills. We developed a really good relationship with him. He chose his residency to engage with different people in Hull; he’s brilliant and we’re now working on a second project for 2019, developing a permanent sculpture in conjunction with disabled artists in the city. That will be on the Hull University campus.

I did a great project quite a few years ago when I was still living in Liverpool with a photographer who’d taken pictures of inner-city communities and came back to them 30 years later and found out how they’d moved on. Another project called Responses which was in Birkenhead where I’m from, which was working to challenge and interpret museum collections working with people recovering from substance addiction. It challenged people to question cultural assumptions.”

As a grassroots organisation, Artlink is a forum to communicate ideas about art and the wider community inherently involved with it. With people and diversity at the heart of its mission statement, Artlink has a place for you. For those who are interested in being creative, Artlink is interested in you.

Opportunity for disabled artists based in or near Hull, Leeds and Manchester

Applications are now open for artists to apply to take part on Exchange 62: northern disabled artists exchange. This is an exciting new partnership between Artlink Hull, Pyramid, Leeds and Venture Arts, Manchester that aims to increase opportunity for disabled artists based in the vicinity of each of these cities. The programme is commissioned by […]